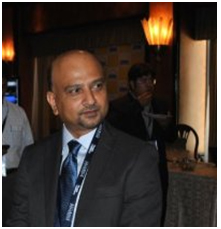 Culture Shock is something most expatriates understand well only after they are shocked into expatriate failure and they exit a foreign country soon after shock hits them. While this may be the case, people understand even less about reverse cultural shock, when an expatriate returns home.

How does Culture Shock work?

An expatriate in a new culture, is wide eyed and is literally honeymooning. Culture Shock kicks in soon enough and there is a steep dive in enthusiasm. Unless the expatriate is given support at this point of time and allowed to adjust, he/she may exit the organization after massive culture shock.

What is reverse culture shock?

As strange as it sounds, expats become less and less familiar with their home turf as time goes by. Many Indian families while enjoying the fruits of a prosperous United States return home to spare their children the experience of ‘dating’ other young men and woman only to find that India too has changed and is not too far behind the United States in this respect. The shock on this realization is not only disappointing for the expatriate but many also feel deeply betrayed.
International experience is a teacher of great impact and wonderful change. A person who has experienced foreign lands has new perspectives to life, to religion and even to his/her identity. When a person returns to his/her country with these new perspectives, new insights are discovered which in many cases can be very troubling.

Expats returning home can expect their top re-entry challenges being:

In addition, expats can begin to feel frustrated or confused when their close friends and family are anything but curious and intrigued about their experience. After all, the expat was gone to a foreign land for years, with sights, sounds and smells exotic and new.

A remedy for preventing reverse culture shock is to have the expatriate mentored by a senior member of your organization, who would keep the expat ab-rest of developments in the parent country. Organizations implement mentoring programs for expatriates to prevent culture shock. Organizations can match mentors with men-tees through a formal program or on a more informal basis. The mentor is chosen based on their background and experience rather than their specific position or job title. The matching process is very important to the success of the mentoring partnership, and various tools are available to facilitate a good match.

Another strategy could be to allow the expatriate to return home at regular intervals to stay in touch with the parent country. This however might be costly and lower the ROI that an organization looks to achieve from the sojourn of an expatriate in a foreign country.

Eventually, reverse culture shock is something that is present, can lead to expatriate failure and an HR needs to be seized of the need to take it into consideration while planning an employee’s international assignment.

An expatriate assignment is only successful when an expat settles into his/her new role in the parent country.

For any certification programs - http://goo.gl/srsZiD