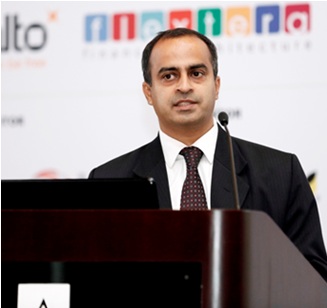 An ancient approach to modern management.

Once a learned man was crossing a river in a small wooden boat with a boatman. The wise one started boasting about how knowledgeable he was and different books that he had read.He asked the boatman if he had read any of them, to which he got a negative reply. All the while, the learned man was trying to pull a discolored cork, which was stuck to the base of the boat. The boatman tried to dissuade him from touching the cork.The learned one with a grimace on his face, pulled out the cork and said,” If you have not read any of those books, your life is a waste”.The boat suddenly started leaking&the boatman asked, “Oh wise man, do you know to swim?” He replied, “I Have read many books on swimming, but I haven’t tried it. The boatman went to the edge of the boat and as he was preparing to dive into the water, turned around and said, “Your whole life has gone waste, learned one, the boat is sinking! The cork you just pulled out, kept the water from entering the boat.”Do we sometimes find ourselves trapped similar to situation of the learned one? Learning for most of us happens to be either academic or thru experiences. Sometimes, we think that we have learnt enough.We may also choose what to learn and from whom. Moreover, like the learned one above, who would want to listen to a boatman?

While the story above may sound like a parable, let me share a recent one. A company which ranked 47th in the fortune 500 list , having more than 17000 patents worth between 2-4 billion, files for bankruptcy. The reason; all its competitors overtook this one which wasonce a pioneer in its field of photography and prints. Well you got it right; the company we are talking about is Kodak. Surprisingly the boatman in this example was Steve Sasson who was an engineer working for Kodak. He created the first prototype of digital Camera, way back in 1975. Though it looked big and clunky, it had all the ingredients of a modern day digital camera. The management responded to Steve in a rather strange way, “It is kind of cute, but don’t tell anyone about it”. Another not so very well-known fact is that Kodak acquired a photo sharing site called OFOTO in 2001 but never thought of using it like a Facebook or Instagram. What is the common thread in the above examples? We have instances where companies who have been pioneers, led by knowledgeable team yet have failed. What did they fail at? They failed at learning and relearning. This aspect draws me to some of the ancient Indian philosophies, which find relevance to current times.

Be aware – Be alive – Learning is perennial.

People often find themselves caught in the belief that learning is a onetime process and mostly at the beginning of their career.Sometimes they do not want to learn as it pushes them out of their comfort zone.

An important thought that comes in Taittriya Upanishad :

Beautifully explains the bond between the teacher and the student where both of them pray to God to protect them in the journey of learning, where they shouldwork together with energy and vigor, where the journey should be enlightening, without animosity between both for learning. Further correlated thoughts from ancient scriptures are

Learn from anyone;learn from every one

Sometimes we are selective about whom we learn from. Often looking for position of authority or credibility of the teacher. Lets’ not be like the learned one in the story of the boatman or the senior management of Kodak who ignored subtle messages from people around.

Chanakya quotes in his Arthashastram:

Have you ever come across chirpy 4 year olds? How many questions do they ask in a day? A research done by “The Telegraph”news UK shows 4 year olds ask around 390 questions to their mothers!

Yoga Vashisht says it all in just 2 words ie. “Vicharah param gnanam”, Meaning Enquiry is the highest form of wisdom.

As we grow, we should not loose curiosity or stop enquiring and questioning.

Corporates and leaders need to invest time and money for learning for it to become a part of corporate culture. As acquiring knowledge needs efforts there is a definitive need to take constructive steps in those lines. Another Sanskrit verse says

“Vidya rupam kurupanam, nirdhananam dhanam tatha |nirbalanam balam vidya, sadhanIya prayatnatah ||”
Knowledge is the beauty of the not-beautiful and wealth of the not-wealthy.It is power of the powerless, and it isobtained with lot of effort.Similarly, knowledge can be a source of power and give you the competitive advantage.

There are times one is forced to agree to a point of view,because it comes from a position of authority. Leaders need to create a culture where one need not fear having a counter view.  This is beautifully explained in the below verse from Taitriya Upanishad, where the student is advised not to follow the teacher blindly.

A teacher should be a role model, but here, the Guru himself suggests that students should not follow them blindly. They should follow only that conduct of the teachers which is considered good (su-charita) and not otherwise ( no itarani) . Similarly leaders should appreciate a counter view and breed a culture where suggestions are expressed freely.

This actually talks about having an independent view from the seniors or leaders.

We live in a world that is highly volatile and unpredictable. During such times, let us not shy away from acquiring knowledge. As mentioned in the Vishnu Purana “Vidyā yā vimuktaye”:- Knowledge is one that liberates.

For any certification programs - http://goo.gl/srsZiD